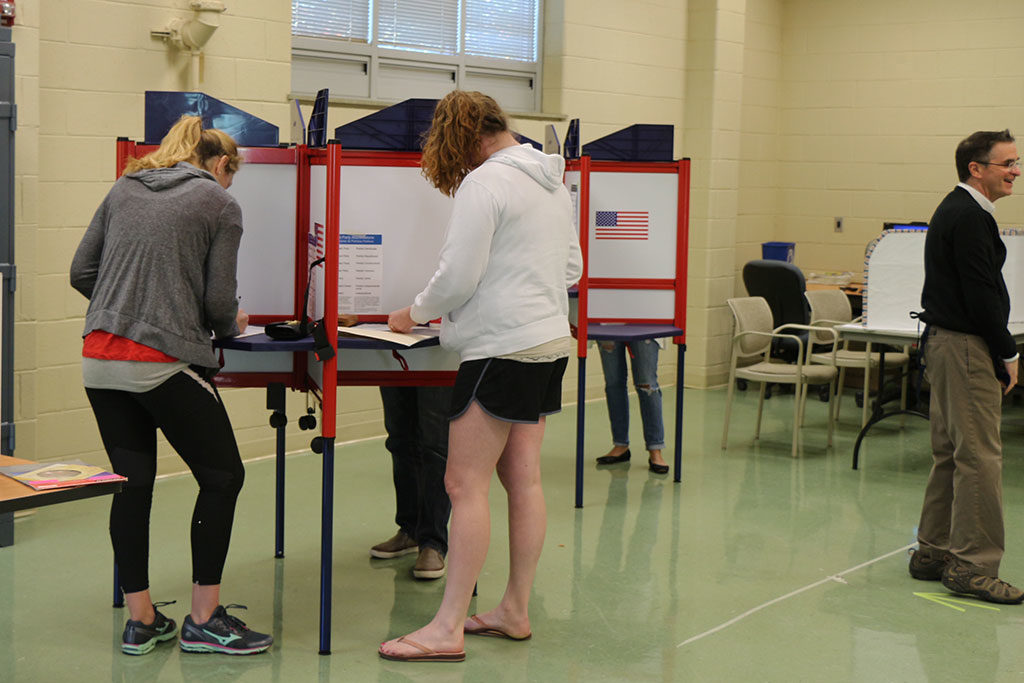 The county anticipates a turnout of about 50% for this year’s general election, according to county spokesperson Brian Worthy. But the Office of Elections is prepared for a turnout of 75%.

In the last governor’s race in 2017, turnout stood at around 56% when Gov. Ralph Northam — who cannot seek re-election due to term limits — ran against Republican nominee Ed Gillespie and Libertarian Party candidate Clifford Hyra.

Worthy tells FFXnow that the county is now adept at running elections during the pandemic.

“We have been holding elections since the pandemic and there is no significant impact on our operations at this point,” he said.

Terry McAullife (D) and Glenn Youngkin (R) are running to succeed Northam as governor, while Hala Ayala (D) and Winsome Sears (R) are running for lieutenant governor. Republican Jason Miyares is challenging incumbent Mark Herring, who is a Democrat, for attorney general.

All 100 House of Delegates seats are also up for grabs, with Democrats seeking to maintain a majority in the legislative chamber for the first time since 1999. Sample ballots for each of the Fairfax County races can be found on the Office of Elections website.

All registered Fairfax County voters can vote early. The last day of early voting is Oct. 30.

The system allows voters to use the machine’s touchscreen instead of filling out a ballot by hand. Ballots are then printed by the machine, a system that county officials say will prevent voters from missing any races on the ballot or accidentally voting for more than one candidate per office.

Voters must bring identification when they vote, though a photo ID like a driver’s license is no longer required. Accepted forms include a current utility bill, bank statement, government check, paycheck, or another government document with the voter’s name and address.

Voting by mail, an option now open to all registered voters, will also kick off tomorrow. Requests to receive a mail-in ballot must be received by Oct. 22.

Masks are required for voters and poll workers at polling places, according to Worthy. Voters who do not wear masks will be able to vote outside.

“Everyone will be given the opportunity to vote,” he said.

The county is still looking for bilingual election offices who speak Korean or Vietnamese in addition to include. Bilingual speakers can apply online to become election officers until Oct. 8.

The grievance procedure for federal employees and the types of grievances is discussed in Legal Insider.

The Town of Vienna Police Department is looking into a recent burglary at the T-Mobile store on Maple Avenue. An employee reported that two men walked into the store at…

The Fairfax Health District reported a small uptick in COVID-19 cases over the past week, while the availability of vaccines for the area’s youngest residents expanded. With more than 500…

For the second time in the past month, Reston Association’s Board of Directors has appointed a new board member — a process that is typically conducted with a member-driven election….