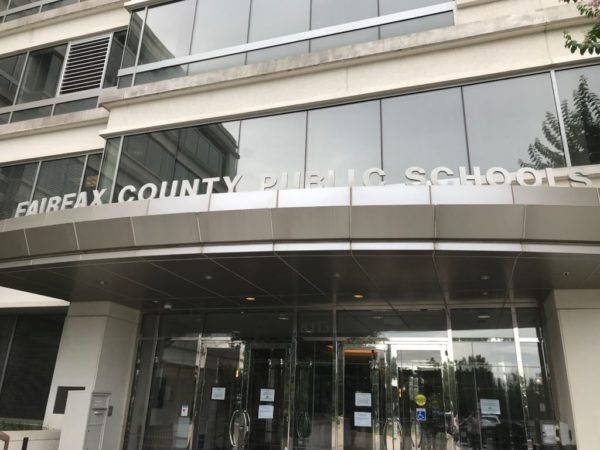 The plan, known as the Capital Improvement Program for fiscal years 2023-2027, sets priorities within a five-year time frame for new construction, boosting capacity and facility renovations.

Hunter Mill District School Board representative Melanie Meren said during the board meeting that the “difficult work” of analyzing boundaries will begin in the coming weeks.

“It’s an embarrassment that we have pockets of poverty in this county that are borne out by school boundaries,” Meren said.

The plan includes $36.7 million in funding for Dunn Loring Elementary School, which will be constructed on Gallows Road by fiscal year 2027.

It also includes $2 million in preliminary funding for a new elementary school near the extension of the Silver Line. A location for the school — which will cost nearly $40 million — has not yet been determined.

Despite big-ticket spending, school board members expressed lingering concerns about future capacity issues, particularly in the western part of the county.

According to the CIP, enrollment in Fairfax County Public Schools has dropped by 10,415 students since the COVID-19 pandemic became a factor in the second half of the 2019-2020 school year. The decline is projected to continue over the next five years, but the county’s population and housing inventory are both expected to grow through 2050.

The plan does not fully fund a high school for the western area of the county, but the site acquisition process will begin this year.

Laura Jane Cohen, the Springfield District representative, said she was concerned that some capacity improvements may come too late. Centreville High School is already at 130% of its capacity, and a renovation is not planned until 2025.

The CIP identifies improvements based on five-year membership projections and classroom-use information. Last year’s CIP, however, did not include a five-year projection due to the pandemic and a virtual start to school.

FCPS is expected to consider adjusting school boundaries in order to shift capacity as needed and “whenever it is practicable to do so,” according to the CIP.

The timeline of implementing a boundary consultant contract has been delayed by the pandemic, planning for virtual learning, and the shift to in-person instruction.

In the newly approved CIP, the following schools are also slated for renovations:

Partial funds are allocated for the following schools:

Dranesville District Representative Elaine Tholen lauded staff for creating a new renovation queue, which ranks the order in which schools should be renovated. Tholen noted that the queue was last updated in the early 2000s.

“I am hopeful that we will continue to move this forward,” Tholen said.

She said staff has already begun looking for a consultant to examine updates to the renovation queue.

(Updated, 3:20 p.m.) Fairfax County Board of Supervisors Chairman Jeff McKay believes the county will be on “safe legal ground” if it chooses to not follow Virginia’s recently-proposed model policies…

The Montessori School of McLean could soon have the property at 1711 Kirby Road all to itself. The private elementary school has occupied the nearly 4-acre parcel since the early…

The redevelopment of downtown Herndon by Reston-based developer Comstock has been officially been put on pause. But Fairfax County’s commitment to provide $6.2 million remains unchanged, according to the county….