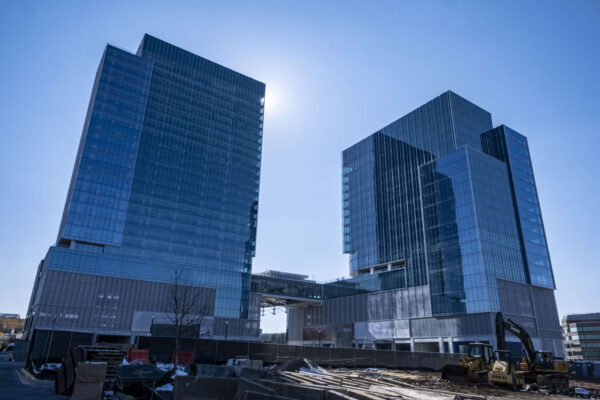 Police Investigating Antisemitic Flyers — “Residents of a neighborhood in the Vienna area of Fairfax County found dozens of antisemitic fliers on their properties Sunday, police said, and investigators are working to determine the source.” [Washington Post]

Discarded Ashes Caused Herndon Fire — A house fire in the 12000 block of Sugarland Valley Drive in the Herndon area of Fairfax County was caused by improperly discarded fireplace ashes into a trash receptacle. There were no injuries and the damage was isolated to the garage. [Fairfax County Fire & Rescue]

Brewfest Added to Vienna Festival — “The Rotary Club of Vienna, which each Memorial Day weekend with help from the town of Vienna’s government puts on the ViVa! Vienna! festival, is planning a beer-related event for this year’s festivities.” [Sun Gazette]

Teacher Acquitted, Mistrial on Charges — “A Fairfax County, Virginia, jury acquitted a former middle school teacher on one count of having an illegal sexual relationship with a teen, and a judge declared a mistrial on two remaining counts.” The teacher at Thoreau Middle School in Vienna, was charged in 2019 with sex crimes including two juveniles, but the trial involved crimes against one victim. [WTOP]

How County Firefighters Get in Shape — Fairfax County firefighters go over the department’s strength and conditioning program that helps keep them in shape. [Twitter]

Police Identify Pedestrian Killed in Lorton — “An Alexandria man has been identified as the pedestrian killed Saturday when he was struck by a car in the Lorton area near the former Lorton prison.” [Washington Post]

(Updated at 4:05 p.m.) Fairfax County is looking to charge up a new electric vehicle charging station program and pilot it in Reston. At last week’s Transportation Committee meeting, the…

CMX CinéBistro has now taken its Tysons Galleria premiere off the release calendar. Initially set to launch in September, the dine-in movie theater later announced that its grand opening would…

Fairfax County is going back to the drawing board for the names of its proposed Richmond Highway bus rapid transit (BRT) stations. The Fairfax County Department of Transportation says it…

Reno of the Month is back with Part 2 of design elements that are dating your home.

END_OF_DOCUMENT_TOKEN_TO_BE_REPLACED

The McLean Volunteer Fire Department has teamed up with Inova Blood Donor Services to hold a blood drive on Tuesday, Oct. 11, from 1 pm to 5 pm.

Due to the COVID-19 public health crisis, blood supplies within our community