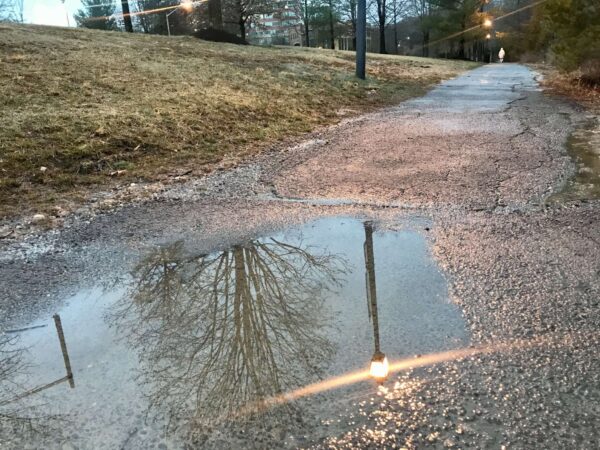 A Tornado Warning is in effect for Fairfax County this evening, per the National Weather Service.

The warning is in effect until 5:15 p.m. today (Monday). A map detailing the area that may be impacted is below.

FCPS Proposes Limiting Phone and Social Media Use — “Proposed updates to school policies in Fairfax County Public Schools would ban students from using social media sites for non-academic purposes during school hours and define when cellphones can be used during the school day.” The phone policy has already been implemented at Herndon middle and high schools. [WTOP]

Falls Church Development Under Construction — Developer Insight Property Group will break ground today (Friday) on its 2.7-acre Broad and Washington project, which has been in the works since 2015. The mixed-use development will eventually include a 50,000-square-foot Whole Foods, 339 residential units, space for the theater nonprofit Creative Cauldron, a public plaza, and ground-floor retail. [Falls Church News-Press]

Police Officer Saves Glued Snake — “This little snake is alive and free tonight thanks to @FairfaxCountyPD’s Animal Protection Police Officer McLemore! The snake was caught in a glue trap, and it took time, care, and mineral oil to free him. Thank you for rescuing this little guy!” [Fairfax Animals/Twitter]

Metro Police to Increase Presence — “The Metro Transit Police Department (MTPD) says they are increasing their visibility on trains, buses, and in stations to help deter crime…Crime has not spiked on Metro recently, but it certainly has not dropped at the same proportion that ridership has.” [DCist]

Vienna Plants Tree for Arbor Day — “Help Vienna celebrate the 150th anniversary of Arbor Day by planting a tree with us tomorrow, Friday, April 29! We’ll plant a white Dogwood with the help of local Girl Scout Troops 1489, 50056, and 50157. The event starts at 5 p.m. next to the Vienna Community Center front entrance.” [Vienna Happenings]

Meeting Planned on Mount Vernon RECenter Project — The Fairfax County Park Authority will update the public at a meeting on Wednesday (May 4) on its expansion plan, which will require a two-year closure starting early 2023. Staff will explain the project schedule, including the timing of the recently approved facility closure due to supply chain issues and key infrastructure system failures. [FCPA]

Tornados Becoming More of a Risk in D.C. Area — “While it has been 20 years since the La Plata disaster, its occurrence is a reminder that the D.C. region is vulnerable to devastating whirlwinds on par with those of famed tornado alleys in the Great Plains and Deep South. The D.C. region also sees much more frequent tornadoes of lesser strength.” [The Washington Post]

Consulting Firm Workers Help Clean Reston — “As part of Earth Day last week, employees from Virtual, Inc. picked up trash and helped to beautify the area surrounding their offices at 11130 Sunrise Valley Drive in Reston…Virtual is a professional services firm that works with associations and technology standards groups that are forming, growing and changing, according [to CEO Andy] Freed.” [Patch]

Fairfax County was, in fact, hit by two tornados during last week’s rainstorm.

The National Weather Service determined there was a tornado in Centreville on Thursday (March 31), in addition to the one that touched down in Tysons.

The tornado had peak winds of 85 miles per hour, according to NWS, which conducted a damage survey today (Monday).

Approximately 15 pine trees were snapped or uprooted at the end of Batavia Drive behind Cub Run Elementary School.

“No damage to nearby residences or other structures was evident during the survey,” the report reads. “The tornado was on the ground for well under a minute.”

The National Weather Service confirmed an additional tornado in the county during Thursdays’s storms. Details below. 👇 https://t.co/d8zHZxPZKB

The NWS estimates the tornado tore an about 80-yard path with a width of 30 feet around 8:21 p.m.

The Tysons hurricane didn’t touch down until about 20 minutes later and was also rated as an EF0 but damaged two gas stations.

It was determined that a brief tornado occurred in Centreville, Virginia, near the end of Batavia Drive behind Cub Run Elementary School. Multiple softwood pine trees surrounding the end of Batavia Drive were impacted/damaged by the tornado, with several snapped and others uprooted. No damage to nearby residences or other structures was evident during the survey. The tornado was on the ground for well under a minute.

The tornado touched down immediately east of Cub Run Elementary School and transited from west to east toward the cul-de-sac at the end of Batavia Drive. The cul-de-sac was formerly surrounded by about two dozen trees. The seven trees on the south side of the cul-de-sac were undamaged, while most of the remainder were either uprooted, snapped at the base, or snapped 10-15 feet in the air. One of the tree tops was turned in mid-air and landed
opposite to its expected orientation had this been straight-line winds, indicative of a very brief tornado touchdown.

The tornado lifted as it moved east of the cul-de-sac.

NWS confirmed what some suspected after onlookers posted videos to social media showing what looked like a funnel.

The tornado, which was the lowest category with winds between 65 to 85 mph, caused damage to two gas stations along Chain Bridge Road. NWS reported the winds lifted upward under the canopy of the Sunoco and caused a corner of it to collapse on the station’s building.

At the Mobil not too far away, the garage door “was blown 10 to 15 feet away from the building.”

The Capital Weather Gang had reported there may have also been a brief tornado touchdown near Centreville based on preliminary information. But National Weather Service meteorologist Ray Martin told FFXnow this afternoon (Friday) that the agency hadn’t heard of much damage in that area to indicate a tornado or prompt a survey.

Read the full report below:

A tornado touched down in Tysons Corner, Virginia, along Chain Bridge Road just northwest of the Tysons Corner Mall. Two service stations were impacted/damaged by the tornado. The first one, a Sunoco gas station situated at the corner of Chain Bridge Road and International Drive, had a partial canopy collapse. Winds lifted upwards under the canopy and caused the northwest corner of the canopy to collapse on the service station building.

A group of bushes separating the two service stations experienced significant vegetation loss on the southeast facing side. The Mobil gas station separated approximately 120 feet from the Sunoco gas station experienced a number of impacts to the building and surrounding objects. A garage door facing northwest was blown 10 to 15 feet away from the building. Metal paneling at the top of the roof along the northwest and southeast facing sides of the building were damaged and tossed away from the building. A small canopy hanging over the entrance of the service station was mangled beyond repair. A video posted on social media displayed a number of loose items, including packs of water and other small items tossed around in a rotating fashion in the front of the building. Flying debris also caused at least 6-8 windows in the front of the Mobil station to shatter.

Eyewitness accounts along with a social media report show the tornado as it just passed the Mobil gas station and was approximately 100 yards away with clear rotation in the video as it approached just northwest of Tysons Corner Mall just off of Tysons One Place. Based off of lack of damage displayed further southeast, the tornado likely dissipated in the Tyson’s Corner Mall parking lot.

Update at 9:15 p.m. — The earlier Tornado Warning, and one issued subsequently, have both been cancelled. It appears that a rotating storm — possibly a weak tornado — passed by Tysons Corner Center mall, according to video posted on social media. There are also reports of damage near the Tysons Corner Metro station.

Note that the video below contains strong language.

Maybe some damage to some businesses on international drive between the two malls. Power lines arcing is what alerted me. Came out of nowhere. Tornado went right over Tysons corner metro station.

Earlier: Parts of Fairfax County are under a Tornado Warning.

Take cover if you’re in the path of the potential tornado, including parts of Oakton, Vienna, Tysons, Falls Church or McLean.

From the National Weather Service:

* At 821 PM EDT, a severe thunderstorm capable of producing a tornado was located over Chantilly, or over Centreville, moving northeast at 35 mph.

IMPACT…For those in the direct path of a tornado touchdown, flying debris will be dangerous to those caught without shelter. Damage to roofs, siding, and windows may occur. Mobile homes may be damaged or destroyed. Tree damage is likely.

Other locations impacted by this tornadic thunderstorm include Dunn Loring, Belleview and West Mclean.

TAKE COVER NOW! Move to a basement or an interior room on the lowest floor of a sturdy building. Avoid windows. If you are outdoors, in a mobile home, or in a vehicle, move to the closest substantial shelter and protect yourself from flying debris.

If you like in Fairfax County, there is a likely tornado moving from fair oaks almost along VALE ROAD and will impact VIENNA WOLF TRAP AND TYSONS CORNER. Seek shelter pic.twitter.com/typfMuvAOd