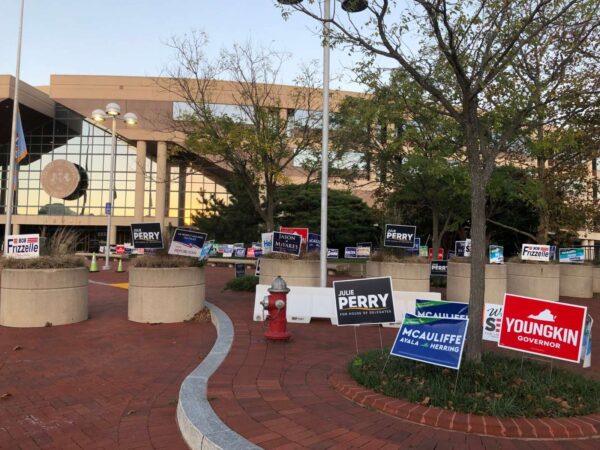 November is on the horizon, and in Virginia, that means it’s almost time for another Election Day.

This year, voters will determine the Commonwealth’s future for the next four years, casting ballots for governor, lieutenant governor, attorney general, and all 100 seats in the House of Delegates.

In Fairfax County, the ballot also includes a $360 million question about school bonds that, if approved, will fund more than a dozen renovation projects.

With anyone now allowed to vote absentee without needing an excuse, the county office of elections has reported a strong turnout for in-person early voting so far, including on the first Sunday that it has ever offered early voting. The county has also received 2.5 times more mail ballots than in the last gubernatorial election in 2017.

We’ve hit a #earlyvoting milestone for the Virginia governor's race with over 100,000 votes cast! To be precise, just over 103,000 have voted in person or by mail so far in Fairfax County.

With polls suggesting a tight race between Terry McAuliffe (D) and Glenn Youngkin (R) for the governor’s seat, have you been motivated to cast your ballot already, or are you waiting for Election Day, which will be a state holiday for a second consecutive year?

Fairfax County is again asking the state for money to offset anticipated reductions in resident vehicle tax payments. At a meeting on Tuesday (Jan. 24), the Board of Supervisors unanimously…