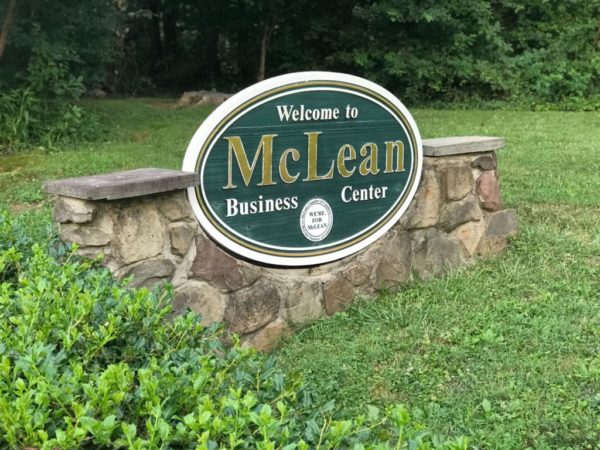 The idea behind the McLean Community Business Center (CBC) was to create an active and thriving downtown for the community. So far, a planning memo says those plans are moving along slowly.

The CBC segments downtown McLean into zones: a center zone — a sort of Times Square for McLean — with development scaling down to a general zone and an edge zone beyond that, where development will remain residential and low-intensity uses.

The plan was adopted in June 2021, and Supervisor John Foust said the first approval under the new plan was a modest rezoning that turned a commercial space into 18 residential units.

“The first approval under the new Plan was a modest rezoning for the Ashby apartment community to permit the conversion of existing commercial space to 18 residential units,” Foust said. “It was approved by the Board in February 22.”

So far, the memo marks the only McLean CBC project approval. A 44-unit redevelopment of 6707 Old Dominion Drive approved in 2018 is the only other pending residential addition to the center zone of the McLean CBC.

“As of June 30, 2022, there are 762 residential units existing and entitled in the Center and General Zones of the CBC, which is below the milestone level of development by 898 units,” a planning memo said.  “Residential development activity from June 2021-June 2022 included the approval of RZ- 2013-DR-002, for 18 residential units at the Ashby in former non-residential space.”

Still, there’s some hope for more downtown development in the near future. The memo says a proposal to expand the Mars, Inc. headquarters downtown would add more square footage in the center zone, though the project has no residential uses proposed.

There’s also a proposal to demolish the Chain Bridge Corner Shopping Center (1401 Beverly Road) and redevelop it with 214,000 square feet of retail space. While parking will increase from 475 to 583 spaces, the redevelopment plans would reduce the total square footage of retail space on the site.

“We have seen some encouraging redevelopment interest in the Center Zone, especially along Elm Street,” Foust said. “Mars Incorporated submitted a development application in April to expand their headquarters at Elm Street and Moyer Place. Other developers and property owners have expressed interest in residential development along the Elm Street corridor.”

While developers haven’t exactly been kicking down the doors to develop in downtown McLean, Foust said he’s happy with the progress so far.

“While I would like to see more redevelopment activity in the central business district, I am pleased with the projects that are underway and the interest that has been shown in other possible projects,” Foust said. “We have not encountered any issues with the adopted Plan.”