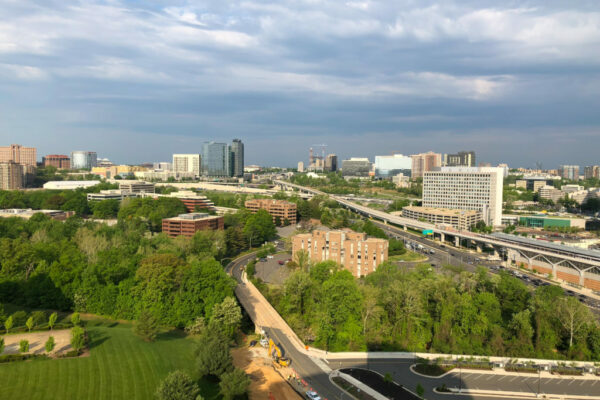 Local reporter Michael Lee Pope has reignited a war on social media over the name Tysons.

The micro-debacle started with Pope’s reporting on the race to take over Mark Keam’s 35th District after the delegate announced his retirement. Pope listed Keam’s district as including parts of Vianna, Oakton, Fair Oaks and — crucially “Tysons Corner.”

Tysonians may recognize this as something of a controversial issue in the area with some locals pushing to drop the corner and just call the area Tysons.

Shout out to @MichaelLeePope for the request.

Some took this too seriously. Rest assured no Robins were hurt during the making of this post. #TysonsVA https://t.co/LPPyhPjt5P pic.twitter.com/1tZKZ8xtJH

The area has been referred to as “Tysons Corner” as far back as 1854, so named for its position at the crossroads of Route 7 and Route 123, according to Greater Greater Washington.

In recent years, as Tysons has become more urbanized in its own right and less defined by the Tysons Corner Center mall, some — like the Tysons Partnership and the Tysons Chamber of Commerce — have pushed to call the area just Tysons, some citing “Tysons Corner” as sounding more rustic and less iconic.

The U.S. Census Bureau officially “dropped the corner” in 2015.

But as Arlington and Amazon have discovered, old naming habits are hard to break, and Pope identified himself as a Tysons Corner holdout, citing a 2018 poll that showed slightly more readers still called the area Tysons Corner.

Karl Frisch, one of the candidates running to replace Keam, threw his support behind just calling the area Tysons.

Maybe the official renaming of Tysons Corner Metro Station to just Tysons this past weekend will seal the deal.

Nobody puts Tysons in a corner. pic.twitter.com/bhsGqRH6Sl