As the country reflects on the 20 years that have passed since the 9/11 attacks in New York City and at the Pentagon, volunteers in Fairfax County will spend this Saturday (Sept. 11) giving back to the community.

Volunteer Fairfax, the county’s volunteer network, has hosted a countywide day of service each fall to support local nonprofits for over 25 years. The 2021 VolunteerFest has been timed to coincide with the 20th anniversary of 9/11 and will involve over 30 volunteer projects, including ones that can be done at home.

The proceedings will begin at 9 a.m. at the Fairfax County Government Center (12000 Government Center Parkway) with a Chalk4Peace.org art project for youth to create positive messages of peace using art and sidewalk chalk.

Fairfax County will also host a remembrance ceremony for those lost on 9/11 at the Bailey’s Crossroads Volunteer Fire Department (3601 Firehouse Lane) in Falls Church, though members of the public are being encouraged to watch online through Facebook or the county government’s cable channel.

Scheduled to begin at 2 p.m., the event is expected to have a number of public safety and elected officials in attendance, including Rep. Gerry Connolly, Fairfax County Board of Supervisors Chairman Jeffrey McKay, Fire and Rescue Chief John Butler, and Police Chief Kevin Davis.

Additionally, the Department of Public Safety Communications will make a special, countywide announcement over Fire and Rescue radios at 10:28 a.m.

Starting at 10 a.m., the county will also hold its first Stuff the Bus food drive of the fall with sites at the government center and 22 other locations around the county, including Fairfax, Chantilly, Reston, Lorton, and McLean.

Now in its 10th year, the program organized by the county government and local nonprofits collects donations for local food banks to address hunger in the community. Volunteer Fairfax has also been accepting monetary donations online during the pandemic.

Registration is still open for a range of VolunteerFest projects.

Those looking to participate in an at-home project can create “homeless survival kits” to be distributed across Northern Virginia, make fleece blankets or toys for rescue dogs and cats, and craft face masks for people with mental health, substance use and homelessness issues at Recovery Program Solutions of Virginia centers.

There will also be a gratitude station at the government center for community members to compose messages of remembrance and thanks that will be distributed to local fire and police stations. The station is co-hosted by Kids Give Back, a local nonprofit that supports youth volunteering.

Originally called the Voluntary Action Center of Fairfax County when it was created in 1974, Volunteer Fairfax took on its current moniker in 1992 as the organization’s focus evolved to accommodate more volunteers looking to serve, including youths.

Volunteer Fairfax now works with almost 14,000 volunteers who have contributed more than 54,000 service hours to over 650 nonprofits and public agencies, according to its site.

According to a news release, this year’s edition of VolunteerFest is supported by AT&T, NetApp, Kaiser Permanente, Accenture, Deloitte, Virginia Service Foundation, and The Williams Foundation. 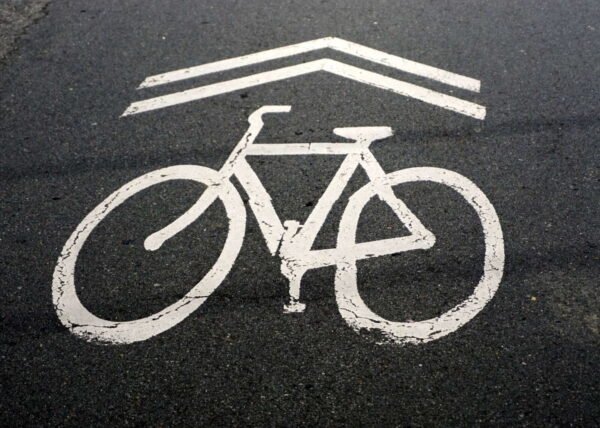 Safety, access, and equity are among the top priorities for Fairfax County residents when it comes to envisioning the future of transportation in the area.

The Fairfax County Department of Transportation released a draft report on Aug. 31 for its ActiveFairfax Transportation Plan, which will combine and update the county’s Bicycle Master Plan and Countywide Trails Map into an overarching plan for amenities to support walking, cycling, and other self-propelled modes of travel.

The draft comes after the county conducted a dozen virtual community conversations with residents this past spring to learn more about their concerns and desires.

The feedback informed the draft report, which proposes a general framework for the ActiveFairfax plan with four goals:

Access and connectivity refers to the goal of providing “a well-connected, multimodal transportation network that offers safe, convenient, healthy, sustainable and affordable mobility options for Fairfax County,” according to the draft.

Objectives under that goal include a focus on planning, implementing, and maintaining a network of safe and comfortable sidewalks, bikeway, trails, and streets that link residential and commercial areas.

The “safety and comfort” goal encompasses efforts to minimize traffic injuries and fatalities with an emphasis on active transportation users, including by pursuing policies and incentives that reduce vehicle trips and travel speeds.

Addressing livability and health will “advance public health, sustainability and the quality of life by providing inviting sidewalks, bikeways and trails that encourage frequent usage,” the draft says.

In order to achieve this goal, the draft proposes providing a variety of educational and promotional programs and events to promote active transportation modes, as well as applying best practices to street designs, including adding wider sidewalks and ensuring bicycle facilities are available for a variety of ages and abilities.

Finally, the goal of addressing equity and social justice aims to “provide a multi-modal transportation system that prioritizes the needs of the most vulnerable road users including communities of color, low-income communities, small children and their caregivers, youth, people with disabilities, and older adults.”

This fourth goal’s objectives include adhering to the county’s One Fairfax policy when developing or evaluating active transportation policies, programs, facilities, and practices. It also means making sure the public engagement process for transportation policies and projects is inclusive so that everyone’s needs are adequately addressed.

The county’s transportation department will host two virtual community meetings to further discuss the draft’s vision, goals, and objectives. The meetings will be held Sept. 13 at 7 p.m. and Sept. 15 at 6:30 p.m., and links to sign up for each are available on the county’s site.