(Updated at 11:20 a.m.) Kitten Rescued in Groveton — Fairfax County firefighters from the Woodlawn station were dispatched to the 7000 block of Richmond Highway on Monday (June 27) after bystanders reported a stray kitten that got stuck in the engine compartment of their coworker’s SUV. First responders were able to “extriCATe the kitten without injury or damage to vehicle,” and a coworker of the original caller agreed to adopt the kitten. [FCFRD/Facebook]

(Correction: This article initially said the kitten was adopted by a firefighter, based on the department’s tweet about the incident.)

McLean Bible Church Lawsuit Dismissed — “The year-long legal fight between McLean Bible Church and a faction who accused leaders including David Platt of a ‘theological takeover’ has come to an end. On Friday, a Fairfax, Virginia, court dismissed a lawsuit from a group of current and former members of the Washington DC-area megachurch, who contested a June 2021 elder election for allegedly violating church bylaws.” [Christianity Today]

Reston Elementary School Gets Funds for Garden — “Lake Anne Elementary was recently awarded a $1,200 grant from EcoRise to create a community food garden. ‘It is our goal to produce food we can share with a food bank or members from our school community,’ said Consuelo Bachelet, a second-grade teacher at the school.” [Patch]

Fairfax County Eager to Draw FBI to Springfield — “No matter where it lands, federal officials suggest the FBI headquarters could host at least 7,500 personnel — about 3,500 fewer than what was pitched the last time around. Time, though, has only strengthened Springfield’s hand, [Board Chair Jeff] McKay said.” [Washington Business Journal]

County Board Approves $1M to Create Fund for Startups — “Fairfax Founders Fund will provide early capital to startup companies in Fairfax County.   The fund will target early-stage technology companies with technical assistance grants of up to $50,000 to help them prepare for later stage investments.” [Department of Economic Initiatives] 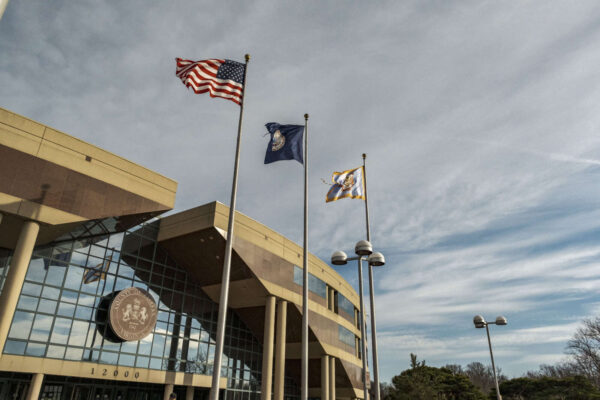 The county government has proposed a two-year pilot program called the Fairfax Founders Fund, where young businesses would get up to $50,000 in grant money.

The program could reverse a competitive disadvantage for the county and fill a gap that traditional angel investors have avoided, providing fairer levels of capital to Black- and female-owned businesses, county staff suggested at an Economic Initiatives Committee meeting on Tuesday (Feb. 1).

“People of color don’t have the same access,” Fairfax County Board of Supervisors Chairman Jeff McKay said. “We believe that is wrong. We believe that we can get a better cultural and social return on investment.”

First proposed in July 2021, the pilot program is still being tweaked but could go before the board for approval this spring.

While celebrities such as Pharrell and Serena Williams and companies like Wells Fargo have sought to change that funding landscape, Fairfax County Economic Development Authority Vice Chair James Quigley said, in general, that money is not going to early-stage businesses.

Officials also said that Black and women-owned businesses are underrepresented in investment opportunities, with the D.C. region far behind other states in drawing venture capital dollars.

According to the staff presentation, new Black-owned businesses start with just a third of the capital granted their white-owned counterparts. While 12% of the U.S. working population is Black, they only constitute 2% of startup executives.

Latino individuals constitute about 18% of the country’s working population and just 3% of startup executives.

In comparison, 79% of startup executives are white, even though data indicates that businesses with ethnically diverse leadership teams tend to be more profitable.

As currently proposed, the Fairfax Founders Fund would be open to for-profit technology companies based in Fairfax County that have earned up to $250,000 in gross revenue over the past 12 months. The business would match the county’s investment.

Staff have proposed devoting $500,000 to the program from the county’s Economic Opportunity Reserve, which was created in 2017 as part of its efforts to stimulate economic growth. The county would also not get any kind of ownership in the companies.

However, officials caution that the program will require some patience from the county. Quigley, who cofounded the Reston-headquartered tech company GoCanvas, said there won’t be a Google startup coming out of it in three months.

“We do need to make Fairfax County a bit more competitive, and this program is going to be able to help us do that,” he said.