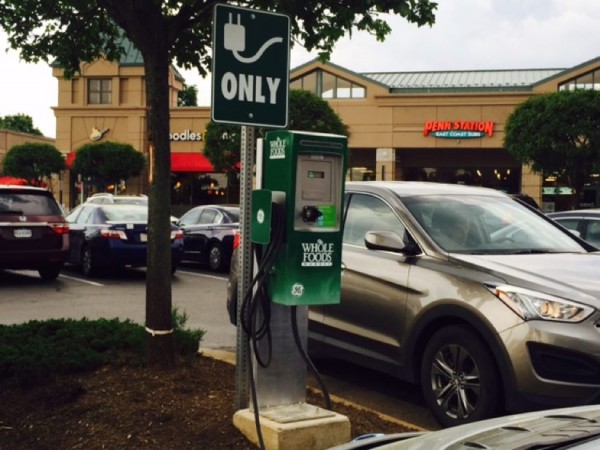 A new rebate program that starts next year would give thousands of dollars to Virginians who buy or lease an electric vehicle.

But it’s not funded.

Fairfax County officials said the Virginia House of Delegates sought to put $5 million into the program, which awards $2,500 rebates and more, but that money wasn’t included in the General Assembly’s budget.

“Until the General Assembly funds the rebates, there won’t be any rebates,” said Tarah Kesterson, a spokesperson for the Virginia Department of Mines, Minerals, and Energy.

Her department is tasked with establishing a website to administer the program that includes weekly updates about the availability of funds.

Virginia Gov. Ralph Northam approved HB 1979 — the bill that created the program — on March 31, and it went into effect July 1. It stated that the rebates depend upon available funds.

The rebates would cover vehicles that must use electricity as their only source of power. They’d cover two categories:

Introduced by Loudoun County Del. David A. Reid, the legislation was intended to encourage greater adoption of electric vehicles in the Commonwealth. About 7% of U.S. adults have an electric or a hybrid vehicle, an adoption rate that lags behind China and Europe, according to the Pew Research Center.

The Fairfax County Board of Supervisors’ legislative committee, which tracks state bills and determines the county’s policy positions and priorities, discussed the matter during a meeting on Tuesday (Sept. 21).

Board Chairman Jeff McKay, who serves as vice chair of the committee, suggested that the state should also modify a second rebate that was included in the bill.

Under the law, an additional rebate of $2,000 could be used for people whose household income is 300% or less of the federal poverty level, which currently equates to $38,640 for a single adult or $65,880 for a family of three.

McKay said that threshold would shut out many people in Fairfax County, even though they would be more likely to buy an electric vehicle than residents of some other parts of the state.

“This is really important from an equity standpoint,” McKay said. “Those can be affordable vehicles with these [types] of rebate programs.”