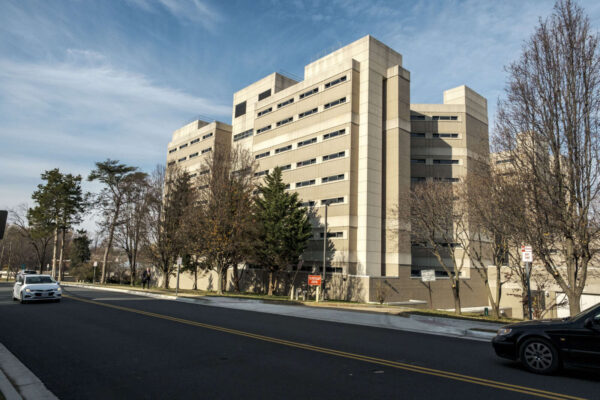 Fairfax County’s approach to criminal justice is quite different from when public defender Bryan Kennedy started his job here a decade ago.

Going back further, the county’s inmate population was 3,749 people in 2000. But the changes from 2000-2010 involved the 2001 closure of the Lorton Reformatory, which housed over 2,800 people as of Dec. 31, 1999 and had its inmates moved to other facilities across Virginia and the federal prison system.

“Ten years ago judges sentenced people to jail much more frequently on low level charges (both misdemeanors and felonies), including misdemeanors like possession of marijuana and driving on a suspended license,” Kennedy said in an email. “People were also held pretrial and held on secured bonds (cash bonds) that they could not afford much more frequently.”

After taking office in 2020 as one of three new progressive prosecutors in Northern Virginia, current Commonwealth’s Attorney Steve Descano ended the use of cash bail and stopped prosecuting simple marijuana possession cases prior to the state’s legalization, though future reform efforts could be challenged by Virginia’s incoming Republican administration.

Kennedy told FFXnow that the judicial system is now more receptive to alternatives to incarceration, as judges and prosecutors feel more comfortable not placing people in jail, because those individuals are getting more services outside of jail.

One possible driving force behind the decline in Fairfax County’s incarcerated population in the last decade is its Diversion First policy, which began in 2016 after Natasha McKenna’s death at the Fairfax County Adult Detention Center in February 2015.

The initiative aims to reduce the incarceration of people with mental health and substance use issues, as well as intellectual and developmental disabilities, by directing those arrested for nonviolent offenses to services instead of jail, which the county says is less costly.

“Through broad stakeholder collaboration, we are giving individuals with mental illness, developmental disabilities and co-occurring substance use disorders the treatment and support they need to maintain a healthy and productive life in the community and stay out of jail,” Fairfax County Sheriff’s Office spokesperson Andi Ceisler said in an email.

She noted that Sheriff Stacey Kincaid’s office has increased the availability of education, life skills, therapeutic, and behavioral health programs that give inmates more opportunities and reduce recidivism.

Tied to the diversion policy, the county also launched the Merrifield Crisis Response Center (MCRC) in 2016 as an alternative to jailing people experiencing mental health problems.

A Diversion First annual report released in August noted that the number of individuals with behavioral health issues incarcerated on misdemeanors decreased by 28% from 2015 to 2020, and MCRC cases increased 37% from 2016 to 2020.

A state corrections spokesman, Benjamin Jarvela, said the Fairfax County probation office and the Commonwealth felt it was “too early” to comment or determine the effect of the diversion policy, saying doing so would be “premature.”

The county also reworked its crisis intervention team training for law enforcement in 2016, following criticism and a lawsuit over how its handling of a police officer’s fatal shooting of Springfield resident John Geer in 2013.

The Fairfax County Police Department says its use of crisis intervention team training has helped officers with a better understanding and deeper appreciation for people experiencing mental health crises.

Other nearby law enforcement have had higher training rates, but the FCPD says the training is just one of the many efforts to lower the inmate population, along with social services, the county’s Mobile Crisis Unit, and a Community Response Team that assists with people who frequently utilize public safety services.

“Diversion First has undoubtedly helped divert individuals suffering from mental illness who commit low level, low risk offenses from the criminal justice system,” FCPD said in a statement. “We also recognize our community partnership with the Fairfax County-Falls Church Community Services Board (CSB) has played a key role in helping reduce the number of individuals arrested.”

The Fairfax-Falls Church CSB was formed to provide mental health, substance use treatment, and disability services in January 1969, making it one of the first in Virginia after the state adopted legislation establishing the agencies in 1968.

The number of diversions has slightly increased since then, with 484 diversions out of the 2,176 individuals transported to the MCRC in fiscal year 2021, according to the CSB’s most recent annual report.

Overall, more than 2,100 people have been diverted from potential arrest under Diversion First, as of Dec. 31, 2020.

Kennedy says the CSB has done a lot of outreach, assisted the judicial system, and “helped ensure that our jail is used as a mental health facility less frequently, although it is still a problem and more work needs to be done.”

When Pedro Benedito Chimo Mandriz’s family returned to their home country of Angola, he stayed in the U.S. to pursue his dream of running his own restaurant. Years later, the…