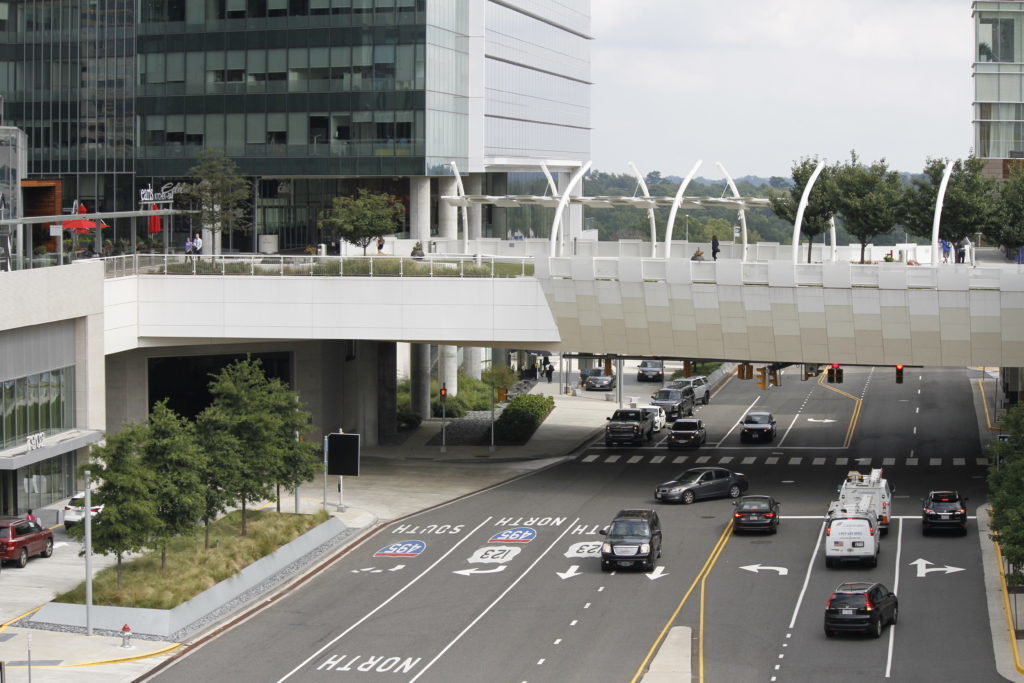 Traffic safety advocates from across the D.C. area have banded together to urge local officials to make improvements that they believe could help prevent the next death of a pedestrian or cyclist.

The campaign specifically focuses on the Route 7 corridor around Baileys Crossroads and Seven Corners after 68-year-old Nguyet Ly was hit and killed when walking along a section of Leesburg Pike without a sidewalk on Dec. 13.

“The Route 7 corridor between these traffic hubs are among the most hazardous in Fairfax County,” said Phil Kemelor, Mason District board member for the community group Fairfax Families for Safe Streets.

Fairfax FSS has partnered with the Coalition for Smarter Growth, CASA, Fairfax Alliance for Better Bicycling, and other concerned individuals to ask the Virginia Department of Transportation to help.

In a letter to VDOT, the organizations recommend installing a continuous sidewalk or multi-use path on Leesburg Pike, adding crosswalks across all side streets, and prohibiting vehicles from parking within 20 feet of a driveway or intersection, which they say leads to blocked sightlines for drivers.

The letter also notes that the curbside lane where Ly was walking measures 16 feet in width, encouraging speeding compared to lanes that typically range from 10 to 13 feet.

“The Rt. 7 corridor in the Culmore community is a notoriously dangerous place for people walking, biking, and accessing the bus stops,” Sonya Breehey, Coalition for Smarter Growth’s Northern Virginia advocacy manager, wrote in an email. “The recent fatality is just one of many people who are struck and either killed or left with serious injuries in this community.”

While this campaign focuses on the Mason District, Fairfax FSS says the safety issues on Route 7, including insufficient sidewalks and crosswalks, can be seen elsewhere in the county as well and have contributed to other fatal crashes.

Based on five years of VDOT data, the group identified the following as the most dangerous roads in Fairfax County, in addition to Route 7:

The data spanned September 2016 to September 2021 and involved over 100 crashes where pedestrians or cyclists were severely injured or killed.

“Nearly 50% of the fatalities are among those who are 60 years of age and older,” Kemelor said in an email.

Fairfax Families for Safe Streets has also compiled a map of “near misses” reported by pedestrians, cyclists, and drivers to show where streets could be upgraded. People can add to the map by completing an online survey.

Ly was the 13th pedestrian killed in a traffic crash last year in Fairfax County, which ended 2021 with 14 such deaths after an Annandale resident was hit by a car on Route 123 in Tysons and died on Dec. 30. The county also recorded three bicyclist deaths last year.

Police reported the first pedestrian fatality of 2022 on Tuesday (Jan. 18). The crash occurred on Jan. 8 on Route 29 at Forum Drive, and Joel Gonzalez, 22, of Fairfax later succumbed to his injuries while in a hospital.

Good Friday evening! Today we published 6 articles that were read a total of 10869 times on FFXnow alone, so far. 📈 Top stories The following are the most-read articles…

A CBD boutique is coming soon to Reston’s Lake Anne Plaza. OmBaked is expected to open in the spring. It’s founded Radhika Murari, a Restonian who moved to the community…

Before enduring the indignities of modern airport security, people flying out of Dulles can now calm their nerves by taking in the artistic talents of Fairfax County’s students. A youth…

Looking to try something new? Live Fairfax explores the newest restaurants to experience in area.