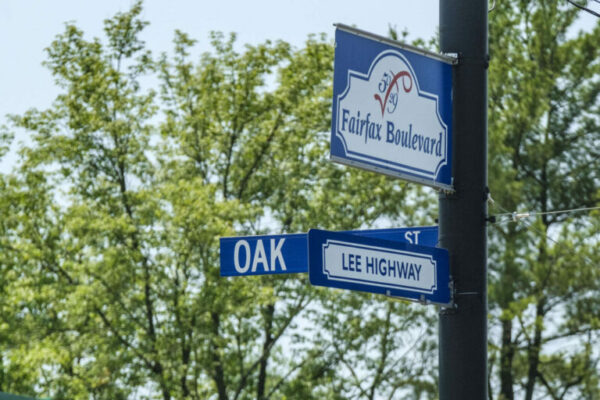 A report recommending that Fairfax County rename its portions of Route 29 and Route 50 will go before county leaders tomorrow (Tuesday), even as concerns about the financial impact linger.

Compiled by the 26-person Confederate Names Task Force, the report details the process used to determine that Lee Highway and Lee-Jackson Memorial Highway should get new names and recommends five possible replacements for each road:

Appointed by the Fairfax County Board of Supervisors last July, the task force voted 20-6 on Nov. 30 in favor of changing the name of Lee Highway and 19-6 for Lee-Jackson Memorial.

Task force chair Evelyn Spain will present the final report to the board during its regular meeting tomorrow, which will begin at 9:30 a.m.

“The Board set up this important committee to review the names of two major arterials and now we are eager to hear their report,” Board Chairman Jeff McKay told FFXnow in a statement. “Any decision to change street names is one our Board will take seriously as we consider the report as well as other community input before any decisions are made. I am proud that this Board has a strong record of focusing on racial inequities and advancing our community together.”

The two highways are among 150 landmarks in the county identified as bearing names tied to the Confederacy, according to an inventory that the Fairfax County History Commission presented to local leaders in December 2020.

The commission found that the Virginia General Assembly established Lee Highway in 1922 as a statewide route serving as a national memorial for Confederate Gen. Robert E. Lee.

The task force recommended that both highways get new names to “accommodate the equity initiatives and growing diversity in Fairfax County,” the report says. It also acknowledges that the changes “will likely be major impositions upon the residences, businesses, and communities” in those corridors.

The group suggests that the Board of Supervisors consider providing financial assistance to those affected, if it ultimately approves the name changes.

The final report features several letters from the task force members who opposed or abstained from voting on the name changes. Objections include:

“We believe the $1M to $4M required to rename these two roads would be more effectively spent pursuing a community engagement project (e.g. an African-American Heritage Trail, a museum, and/or new historic markers),” the dissenters said, noting that Prince William County is adding to its African American History Trail. “We encourage Fairfax County to pursue similar projects.”

To coincide with Black History Month, the county launched a project last week focused on local Black and African American experiences, including support for students to identify options for new historical markers.

Angela Woolsey contributed to this report.