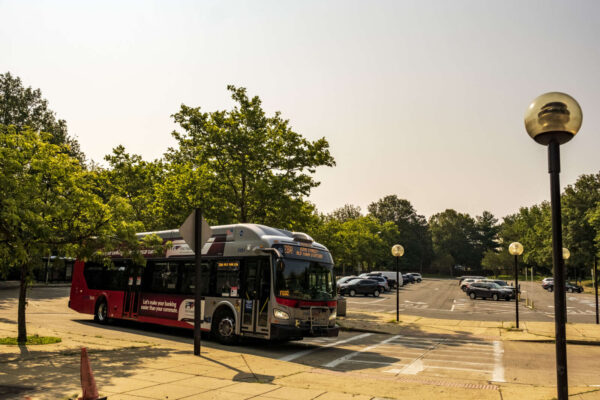 Public bus lines might seem fixed to bus shelters, but changing those routes could give people greater access to jobs, medical services, and more.

That’s one way that bus networks in the D.C. area could be improved, a consultant told transportation stakeholders during a virtual “Bus Champions” roundtable held yesterday (Tuesday) by MetroNow, a conglomeration of commerce and transit advocacy groups.

The coalition is calling on the Washington Metropolitan Area Transit Authority to follow through with a 2019 initiative called the Bus Transformation Project, which envisioned buses as the dominant mode of transportation for the region by 2030.

But speakers on the roundtable also acknowledged that such changes can disrupt commuters and even ruin what were once manageable trips for elderly riders and those with disabilities, so planners need to consider potential accommodations and ways to minimize disruptions.

Wagg noted that transit reworkings can be controversial, but in places like Alexandria, which implemented a redesign last year and introduced free fares, the overhaul resulted in increased ridership, Mayor Justin Wilson said.

In a similar vein, Fairfax County is exploring a reduced-fare option for low-income riders. For the time being, it has eliminated transfer fees between Metro trains and Fairfax Connector buses, except for express routes and the Wolf Trap shuttle.

Foursquare ITP President and CEO Lora Byala said the transportation firm recently led a revamp of the BaltimoreLink system that resulted in service to 28% more carless households, 32% more single-vehicle households, and other benefits.

Her firm also worked with Fairfax County on a route optimization study involving the Herndon and Reston areas involving the extension of the Silver Line Metrorail, where new stations could open this year. Fairfax County’s Board of Supervisors is slated to vote on proposed service changes for that corridor on Feb. 22.

To prevent policy efforts from creating more disruptions than solutions, consulting firm speakers noted the importance of showing options to the public and engaging with riders throughout the process. Other kinds of travelers, such as drivers, can also provide insights, Byala said.

For WMATA, the pandemic has staggered many planned initiatives, such as evaluating a bus network redesign, according to a progress report by MetroNow released in January.

The report concluded Metro was on track with some initial efforts but behind on public outreach.

Previously, WMATA said it was coordinating with local jurisdictions for work on restructuring the region’s bus network to create a “customer-focused system that improves access to destinations, increases ridership, and makes efficient and equitable use of resources.”

END_OF_DOCUMENT_TOKEN_TO_BE_REPLACED

More Stories
Fairfax County School Board hopes to address capacity issues with $1.2 billion capital improvement planPoll: When should masks be optional in schools?