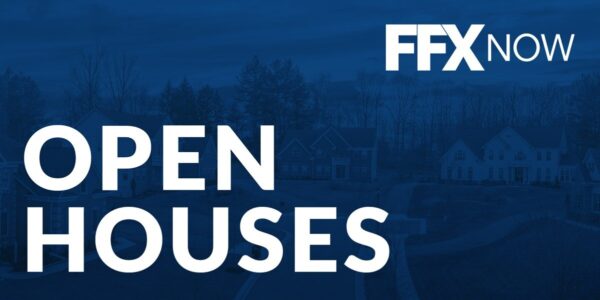 Visitors will have a chance to step into an assortment of Reston lifestyles at the Reston Home Tour this November.

A ticket unlocks self-guided tours of eight homes, according to a press release from the tour’s host, the Reston Museum. These include the new Lake Anne House and a home close to Lake Audubon that is filled with art.

Though the home tours are self-guided, attendees can keep an eye out for docents equipped with information about particular rooms and home features.

The tour is a little bigger this year to recognize the event’s 20th anniversary, Reston Museum Executive Director Alex Campbell told FFXnow in an email. Typically, there are six or seven homes on display, compared to the eight featured this year:

From the press release:

This year’s featured homes include an award-winning modern masterpiece tucked back in a wooded oasis, a beautifully-landscaped personal “club house” offering amazing views of the golf course, a newly-renovated Reston Town Center townhouse with a water view, and an art-filled home near Lake Audubon with soaring ceilings and a delightful garden pond. Highlighted homes also include a renovated colonial near North Point with lots of unique personal touches, brand new EYA model townhouses with elevators near the Wiehle Avenue Metro and the newly-constructed Lake Anne House for seniors.

Tickets are available on the Reston Museum website or in-person at the museum. In addition, The Wine Cabinet, Chesapeake Chocolates and the Tephra Institute of Contemporary Art will sell paper tickets, according to the press release.

In addition to the Reston Home Tour, the Reston Museum hosts the Lake Anne Cardboard Regatta and Reston Founder’s Day, among other events. The home tour continues to be the Reston Museum’s biggest fundraiser, Campbell wrote.

In past years, tours have featured work by a local architect and a Marilyn Monroe bathroom, among other attractions.

The Montessori School of McLean could soon have the property at 1711 Kirby Road all to itself.

The private elementary school has occupied the nearly 4-acre parcel since the early 1970s, but the site has been shared with the Chesterbrook United Methodist Church, which constructed its longtime home there in 1920.

Now in its 110th year, the church plans to relocate and has proposed selling the property to the Montessori school, a legal representative for the school said on its behalf in a special exception application to Fairfax County.

Received by the county on Sept. 13, the application requests that the school be permitted to stay on the property, even though it will no longer be used for any religious purposes as currently zoned.

“[Montessori School of McLean], as tenant and contract purchaser, seeks to continue its long standing tradition of serving McLean families with quality education and child care on the Property,” Holland & Knight land use attorney David Schneider said in a statement of justification.

The school says no physical changes to the site are planned, and it has proposed leaving the existing enrollment cap of 265 kids in place.

Opened in 1973 with one primary and one elementary class, the school now serves kids aged 2 to 12 with pre-kindergarten, kindergarten, and first through sixth grade classes, along with a child care center.

According to the application, the school doesn’t anticipate any significant traffic impacts, but it is seeking to expand weekday operating hours from 9 a.m.-5:30 p.m. to 7 a.m.-7 p.m.

The change will “allow additional child care coverage and help spread out the trips from this existing use away from the peak hours” of 7:45-8:45 a.m. and 5:15-6:15 p.m. at the Kirby Road and Old Dominion Drive intersection, Schneider wrote.

According to its website, Chesterbrook UMC started at one of its members’ homes in 1906 before constructing the church building that it has now occupied for over a century. The church didn’t respond to FFXnow’s inquiry regarding the planned sale and where it will be relocating by press time.

According to county property records, 1711 Kirby Road was valued at $3.6 million for the 2022 tax year, including over $1.5 million for the land and $2 million for the current church building. Virginia exempts real estate used for religious purposes from paying state and local taxes.

As a private school, the Montessori school won’t receive the same exemption once the church transfers ownership of the property.

Judge Orders Records Release in Reston Homicide Case — Fairfax County Circuit Judge Brett A. Kassabian denied a motion to seal records related to a double homicide that occurred in Reston in 2017. In a case that may not see trial until mid-2023, Nicholas Giampa has been indicted on murder charges in the shooting and killing of his girlfriend’s mother and stepfather. [The Washington Post]

Driver Charged in Route 1 Hit-and-Run — “Detectives from our Crash Reconstruction Unit have charged the driver of the 2007 Toyota Camry from the July 6 fatal pedestrian crash. The driver, Diego Juarez Gomez, 19, of Maryland was traveling south on Richmond Highway, struck McPhail in the roadway and did not stop at the scene.” [FCPD]

Tree Falls Through Oakton House — “A house in Fairfax County is damaged after a massive tree fell on it Saturday night. Officials say that the house impacted is on the 11600 block of Ayreshire Rd. in Oakton, Virginia and that damages are extensive. No one was at the home when the tree hit the colonial-style house because officials say that the owners were out of town for vacation.” [WUSA9]

Man Threatens Sports Bar in Centreville — A 31-year-old man faces multiple charges after allegedly threatening to burn down The Revolution (14114 Lee Highway) on July 16. The man was trespassed and then arrested when he returned later, displaying a handgun. No injuries were reported in connection to the incident. [FCPD]

Sidewalk Replacement Today in Vienna — “A sidewalk replacement project is scheduled to take place this upcoming Monday, July 25 (weather permitting) along Courthouse Road between 423 Courthouse Road and 429 Courthouse Road. Traffic patterns may be affected along this route. Please use caution.” [Town of Vienna/Twitter]

CIA Marks 75th Anniversary Tomorrow — “The Central Intelligence Agency in Langley is turning 75-years-young on Tuesday, July 26…Not everyone was happy McLean was chosen as the location for the headquarters. Northern Virginians pushed back at the powers that be to the point that they considered building it where the Kennedy Center is now.” [Northern Virginia Magazine]

I-66 West Traffic Changes in Oakton Today — “I-66 West between Nutley Street and Vaden Drive will be shifted to a new, long-term configuration beginning during the early morning hours on or about Wednesday, July 6. When this traffic change is implemented, the two right travel lanes will be separated from the two left travel lanes by barrier…This temporary traffic pattern will remain in place for approximately two months, and is part of the Transform 66 Outside the Beltway Project.” [VDOT]

Search for Suspect in Hybla Valley Homicide Continues — “A year ago today, Tafari ‘Trey’ Nadhim was fatally shot in the 7900 blk of Janna Lee Ave. Detectives continue to seek answers for Trey’s family & friends. If you have any info about his death, please call 703-246-7800 or submit tips through Crime Solvers.” [FCPD/Twitter]

Springfield Man Allegedly Hits Pedestrian After Stealing BMW — “A Springfield man was charged with grand larceny after he stole a car from a gas station on Braddock Road on June 25 and then ran into a pedestrian after Fairfax County Police attempted to stop him.” [Patch]

County Sees Uptick in Unemployment — “With 609,431 county residents in the civilian workforce and 16,122 looking for jobs, Fairfax’s unemployment rate stood at 2.6 percent for the month, according to figures reported June 29 by the Virginia Employment Commission. That’s up from 2.2 percent a month before, although it remained well below the rate of 3.7 percent a year ago.” [Sun Gazette/Inside NoVA]

Photos: New Citizens Welcomed on July 4 at Mount Vernon — “On Monday, July 4, George Washington’s Mount Vernon was the site of a naturalization ceremony for 52 new US citizens, some of whom serve in the US armed forces. Secretary of the Treasury Janet Yellen spoke, as did George Washington himself — well, the latest GW reenactor.” [Washingtonian]

Great Falls Mansion Sold for $10M — “Innsbruck Holdings LLC on June 7 closed the sale of 576 Innsbruck Ave. in Great Falls, a 21,500-square-foot mansion, for $10.5 million…The Innsbruck mansion, also known as Alderley, has been through several owners since it was constructed in 2007, among them former AOL executive Richard Hanlon and James Carlson, the former CEO of AmeriGroup.” [Washington Business Journal]

Local Parents Scramble to Find Baby Formula — “In Virginia, the [Women, Infants, and Children] program expanded formula options available to participants after a February recall of Abbott-made formula, but low inventory has forced many parents to search multiple stores, Paula N. Garrett, the state WIC director, said in a statement.” [The Washington Post]

Covid Outbreaks at More than Two Dozen Schools — “Twenty-six schools in Fairfax County are dealing with a coronavirus outbreak, according to the Virginia Department of Health’s COVID-19 dashboard…The Fairfax County school system has the highest number of schools reporting an outbreak in the region.” [Inside NoVA]

Extended I-66 Ramp Closure Coming — “Virginia Department of Transportation will be closing another ramp temporarily as part of the ongoing construction at the Nutley Street/I-66 Interchange…On or around May 13, VDOT will be closing the ramp from Virginia Center Boulevard to West I-66 for approximately six weeks. The closure will begin at approximately 10 a.m.” [Patch]

Undercover Operation Leads to Arrests in Two Armed Robberies — “Detectives from our Major Crimes Bureau began investigating a robbery that occurred prior to 12 p.m. on May 7 in the parking lot of 6600 Springfield Mall. The victim arranged to meet the suspect through an online marketplace to purchase a tablet computer. When the victim arrived, the suspect entered the victim’s vehicle, displayed a firearm and took cash.” [FCPD]

Supervisor Walter Alcorn Had COVID-19 — “The good news is that the vaccines are working at preventing serious illness – I can personally vouch for this after my own bout with COVID-19 several weeks ago. It wasn’t pleasant but was much like having the flu for a few days.” [Hunter Mill District News]

FCPS to Add Meal Designed by Students to Menu — A quartet of seventh-grade girls were chosen to represent Chantilly’s Franklin Middle School in the Real Food for Kids challenge. The students came up with the “Vegejita Wrapadilla,” a quesadilla stuffed with green and red bell peppers, tomatoes and onions that will be added to Fairfax County Public Schools’ lunch menu for the 2022-2023 school year. [FCPS]

Vienna Wins Mayor Fitness Challenge — “The results are in, and Team Vienna is the victor in the second annual Mayors’ Fitness Challenge! The friendly competition between the Town of Vienna and Falls Church and Fairfax cities encourages residents to get moving and log their minutes of exercise in the name of community spirit and team pride.” [Town of Vienna]