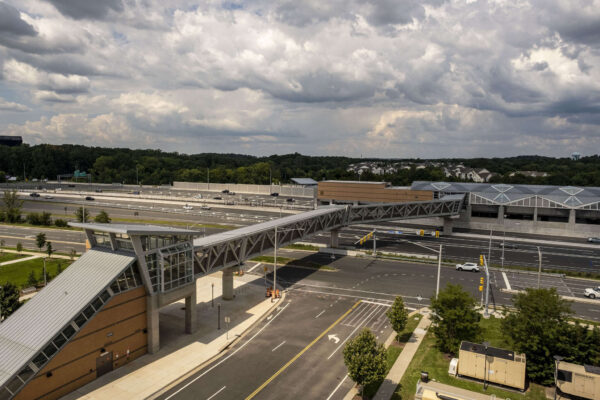 Phase two of the long-awaited Silver Line is likely slated for a late fall opening.

But an exact date remains uncertain. Metro’s board will set the date for servicing the 11.4-mile extension into Loudoun County. It’s unlikely service will begin until late October, especially since simulated service that is expected to continue through mid-October.

“I know everyone in the community is dying to hear,” said WMATA’s CEO Randy Clarke, adding that the organization is entering the “red zone” towards announcing a date.

With nearly all hiring completed, onsite training is planned by September 11. Simulated service will take place between October 3 and 17, according to Lynn Bowersox, WMATA’s senior vice president.

The second phase of the Silver Line has been in the works under the Metropolitan Washington Airports Authority for almost a decade now, encountering numerous delays that have frustrated local residents, business owners, and elected officials.

The Washington Metrorail Safety Commission will then approve a safety certification when the materials are submitted in the middle of October — one of the 10 conditions of acceptance of the project.

Metro’s board will then set a date for service.

Metro is waiving fares on a local bus line and parking fees at several stations starting next month because of upcoming construction.

On Sept. 10, all Blue and Yellow stations south of the DCA Metro station will close for two major projects to complete the new Potomac Yard Station and repair the Yellow Line bridge and tunnel. The closure is expected to last six weeks, until Oct. 22.

The Metro Board of Directors voted late last week to waive all fees for the duration of construction at the three stations with parking lots — Van Dorn Street, Huntington, and Franconia-Springfield. This is to allow riders to use the free shuttle service that’s being offered.

At the Franconia station, parking fees, including those for non-riders, will be waived until early summer 2023, when the Yellow Line bridge rehabilitation is expected to finish. This is to “encourage use of the Metrobus or Virginia Railway Express, transit alternatives available at Franconia-Springfield.”

The board also did away with fares on the bus rapid transit Metroway-Potomac Yard Line through Oct. 22.

All of this came at the urging of Fairfax County staff, notes the Metro report.

While the waiving of the $4.95 parking fee and bus fare will save riders money, it will cost Metro nearly $611,000 in lost revenue, per the report.

Expected to open to riders in late fall, the Potomac Yard Metro station in Alexandria will serve both the Blue and Yellow lines. In September, new tracks will be constructed to connect the station to the main tracks along with performance and safety testing.

The Yellow Line Tunnel and Bridge rehab project will shut down the line for longer. That work is expected to take eight months, so the Yellow Line won’t operate again in Virginia until at least May 2023.

In June, Metro announced several alternative methods to get commuters where they need to go. That includes free shuttle service and increased Blue Line service for the first six weeks.

Then, on Oct. 22, all the Blue Line stations will reopen, and service will extend to Huntington until May 2023.

Metro is asking the public to weigh in on changes coming to the Franconia-Springfield Metro station.

Officials are proposing to add three new bus bays and a layover facility, eliminate the pick-up/drop-off area, and reconfigure sections of road near the station as well as access to entrances to the parking garage.

Additionally, Metro is looking to add intersections with signals at Metro Access Road and Frontier Drive, along with one reconfigured intersection to help with traffic flow.

These changes are as part of the planned Frontier Drive Extension, a $180 million project from the Virginia Department of Transportation (VDOT) and Fairfax County. It will turn Frontier Drive into a large, four-lane divided roadway with a shared-use path and sidewalk.

The public can take a survey and provide written comments about the proposed designs until July 29 at 5 p.m. Residents can also weigh in at a virtual public hearing that Metro and VDOT will host on July 12.

The project’s intent is to better connect Frontier Drive and the Metro station to the new Transportation Security Administration (TSA) headquarters as well as other parts of Springfield.

It was first proposed back in 2017, but this is the first opportunity for the public to hear about proposed designs. Designs are expected to be approved by the fall, according to the project page, which doesn’t list a construction timeline yet.

The proposed changes and additions of three new bus bays comes amid decreased ridership for the Franconia-Springfield Metro station over the last decade.

When asked whether Metro hopes ridership might bounce back with the Frontier Drive changes and TSA headquarters’ move, a spokesperson was unable to provide comment by publication besides noting that any projections would be “highly uncertain due to unpredictable effects of the pandemic.”

Updated at 9:40 a.m. on 6/9/2022 — Metro could announce an operational readiness date for the Silver Line extension “within the next several weeks,” interim CEO and General Manager Andy Off told the Board of Directors’ safety and operations committee today (Thursday).

Earlier: Capital Rail Constructors — the builder of phase two of the Silver Line — estimated that the long-delayed project could be handed over to Metro by July 29.

The forecast — which is simply an estimate and would still ultimately be determined by Metro — was provided in a monthly report with data from May 1.

The estimate comes as Metro declines to provide a date for when service of the 11.4-mile extension into Loudoun County will begin.

The Metropolitan Washington Airports Authority, which is managing the project before it is accepted by Metro, announced that the project was substantially complete in November.

Before a service date is announced, the project has to clear rounds of testing. A date of operational readiness and final acceptance of the project is ultimately in the hands of the Washington Metropolitan Area Transit Authority’s board.

The latest monthly report forecasts a final acceptance date of July 29. But it’s unclear if that is the current target.

A WMATA spokesperson told FFXnow that the date of operational readiness is “declared solely by Metro.”

“We do not have an estimated date at this time,” said Ian Jannetta, a spokesperson for WMATA.

CRCis responsible for the design-to-build aspect of the stations and the tracks while Hence Phelps is managing the rail yard. Six stations are planned as part of the extension into Loudoun County.

MWAA’s hesitance in providing an estimate for when phase two will be completed departs from its past practice of providing general estimates.

The authority had hoped that trains would begin running this spring, but a county transportation official later shared that a summer opening was anticipated for the project, which has been besieged by missed completion dates.

WMATA’s safety and operations committee is expected to discuss the issue at a 9 a.m. meeting tomorrow (Thursday).

A report by the committee states that Metro is working with MWAA to “reach mutual agreement on a path forward and schedule towards resolution” of issues flagged by both parties.

Items that remain include training, labor arrangements and contractor work. WMATA is also working on the failure of heat tape, which prevents ice buildup on the rail during precipitation.

MWAA is working on a remediation plan for the heat tape issue, and WMATA might have to step in to implement the strategy.

The Fairfax County Board of Supervisors and other Northern Virginia officials are looking for ways to help commuters during a lengthy planned shutdown of Metro’s Yellow Line for rehabilitation work.

The Washington Metropolitan Area Transit Authority will stop service on a key section of the line for seven to eight months to repair a Yellow Line bridge over the Potomac River and tunnels that are over 40 years old.

The project is scheduled to start in September and finish in the spring. The shutdown will be between the Pentagon and L’Enfant Plaza stations.

The board agreed to write a letter urging WMATA to accelerate the project timeline and provide more alternatives for commuters, such as improved bus service and parking fare reductions at Yellow Line stations during construction.

The work is occuring at the same time the new Potomac Yard Metro station is being connected to rail lines as part of a six-week project. The station is slated to open this fall, following delays.

McKay said that while safety must be the highest priority, he’s concerned about the effects of the shutdown, especially as people return to the workplace. Metro service has already been significantly reduced systemwide for months since a train derailed in Arlington County in October.

“WMATA needs to find a way to shorten that timeframe and do a better job of at least getting our commuters through that bottleneck, which is frankly, for us, Alexandria,” Mount Vernon District Supervisor Dan Storck said.

The Mount Vernon District borders the City of Alexandria and includes the Huntington Metro station at the end of the Yellow Line.

“That’s not a criticism of Alexandria,” Storck added. “It’s just the amount of people that’s going to go through it is even more than in the past.”

WMATA spokesperson Sherri Ly said the authority is working with its regional partners, businesses and the community to create a mitigation plan, including bus service enhancements and changes to parking policy for the project’s duration.

The 11.4-mile extension of the Silver Line is still eying a summer completion date, but an exact date remains elusive.

At a meeting earlier today (Thursday), the Washington Metropolitan Area Transit Authority’s Safety and Operations Committee did not provide a specific date for the completion of the $2.8 billion project.

Instead, members noted that cooperative agreements do not call for a specific date. The Metropolitan Washington Airports Authority (MWAA) is currently negotiating the period between substantial completion — which it completed in November — and Operational Readiness (OR).

Because of the fluid nature of testing and issues that may arise as testing and certification continues, MWAA cannot provide a target opening date. Once the ORD is determined, Metro will formally accept the project from MWAA.

WMATA expects that a 90-day period of pre-revenue activities will then commence.

“There is no defined time period between substantial completion and operational readiness,” Off said, adding that the date of operation is “all condition based.”

That date has already been delayed several times, resulting in some consternation and frustration from county officials.

Metro’s punch list of the main line and station — known as Package A — is 80% complete. Package B — which covers the Dulles Yard — is 95% complete and has been “stagnant” for several weeks, Off said. Remaining items include contract safety certification and certificates of occupancy that are needed for employees.

Joe Leder, WMATA’s executive vice president and chief operating officer, said 400 new employees have been hired for the extension project. Another 20 are expected to be hired by the end of the month.

Dulles District Supervisor Matthew Letourneu noted that the Washington Metrorail Safety Commission — which oversees and enforces safety practice of the rail system — must also complete its own safety enforcement measures, including a safety certification process.

“There’s obviously increasing interest in having this up and running,” Letourneu said.

He clarified with staff that WMSC’s reports should not produce additional delays or surprises because the commission is coordinating closely with Metro.

“As a result of this process, there shouldn’t be surprises from the WMSC that come kind of at the last minute because it’s been iterative,” he said.